The 7 different types of driving personality – Which one are you?

If you notice the cars in traffic, you will realize that not every driver acts the same way behind the wheels. But then, is there any pattern to be... 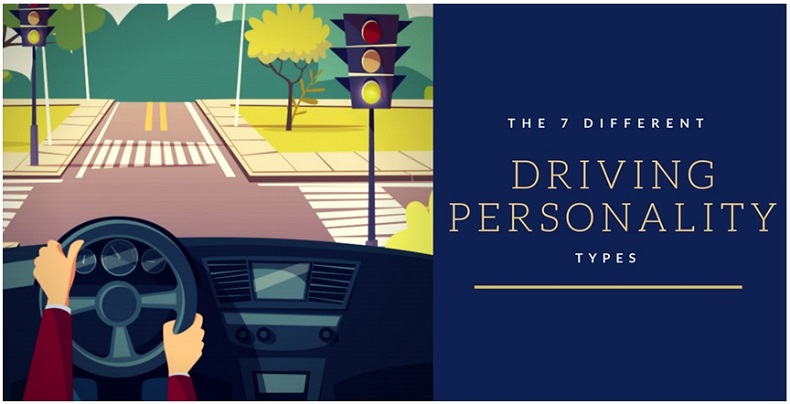 If you notice the cars in traffic, you will realize that not every driver acts the same way behind the wheels. But then, is there any pattern to be observed?

This post can throw more light on the matter.

These drivers are a little too cautious.

While defensive driving’s rightfully considered a safe practice, these drivers act a bit too unusual as if other people on the road are menacing hazards to be shunned.

Avoiders are often scared to speed, merge, or go near other vehicles.

Many drivers deal with the stress of driving by simply not thinking about it. In spite of being behind the wheels, their mind is on ten other things.

These drivers are completely indifferent to people (or vehicles) around them and are often too distracted to act on time.

The only time they come to their senses is when the unthinkable happens, i.e., an accident.

These drivers typically don’t get mad over others’ driving mistakes.

Instead of reacting negatively to such driving errors, they simply accept them and move on. They are one of the few ones who stay emotionally in-control behind the wheels.

When these drivers see someone doing something wrong, they are more than glad to get out of their car and confront the driver personally.

This personality type is usually not concerned with teaching proper driving habits but is more interested in finding reasons to get mad and putting people in their places.

These drivers are quite similar to that of a teacher with an exception.

Instead of imparting their knowledge of the road to others, they use their “brilliance” as a means of superiority. Essentially, they do not want you to be a better driver; they just want to show how smarter they are.

These ones stick to the rules of the road and criticize everybody else who doesn’t bother to follow them.

Their identity on the road comes from their undying obedience to the law. Anyone not following suit is considered a lawbreaker, misinformed, or ignorant.

Also, these people make the worst of all backseat drivers.

To these drivers, the road is a racing track to show off their dominance. They will continually antagonize other drivers until somebody acknowledges them.

Nobody likes to be around these personality types.

For more information on different driving, personality types refer to the infographic below.