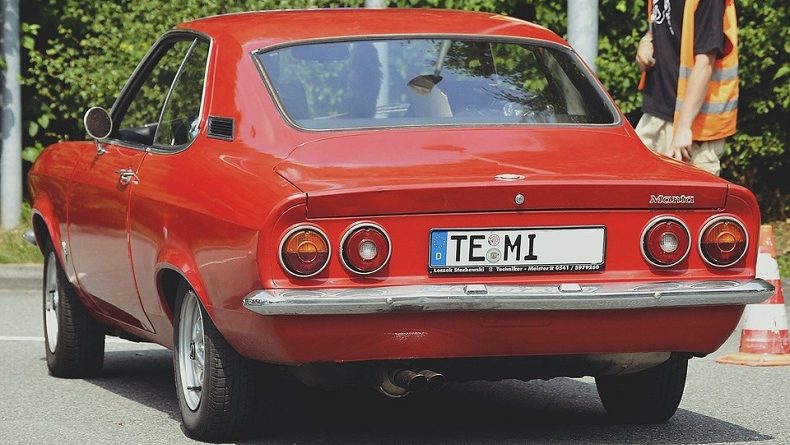 This act came into force on 1st January 1904. According to the act, all motor vehicles have to take entry into the official vehicle register. All cars must carry an alphanumeric private number plate. The Act has made it easier for police and other authorities to track a vehicle in the event of any kind of accident or incident.

The private number plates in the UK are square or rectangular in shape. Each plate has to obey the permitted dimensions. The front number plates must be kept white, and the back ones should be kept yellow.

Two systems prevalent in the UK:

There are two systems that are prevalent in the UK.

Motorcycles were bound to display a frontal personalized registration number plate until 1975. It was then called ‘Pedestrian Slicer’. It was a double-sided plate fixed on the top of the front mudguard. Again, the plate was curved in order to follow the wheel’s contour. The plates could be seen even from the sides.

Motorcycles that were registered after 1st September 2001 were allowed to display rear number plate. The UK’s motorcycle number plate comes in 228mm x 178mm that is 9″ x 7″. The private number plate’s size can be altered, but numbers and letters cannot be.

The typography of private number plates:

As per the Road Vehicles Regulations 2001, the standard height typeface is 79 mm. However, there is a provision of an alternate font of 64 mm for motorcycles. The standard font is called Charles Wright 2001. It is a redrawn version of the original 1935 font of Charles Wright.

Again, the width of the earlier font was reduced to 50 mm. It was 57 mm earlier. The purpose is to allow some space for the added letter and the blue EU strip that is optional. In the matter of letters, the alphabet ‘O’ and digit “0” are kept identical intentionally. The same happened with the alphabet ‘I’ and digit ‘1’. But in the case of alphabet ‘B’ and digit ‘8’, and alphabet ‘D’ and digit ‘0’, the typeface allows differences so that the private number plate’s legibility can be improved.

Especially, it occurs very usefully for number plate recognition automatically through CCTV, speed camera, and software. The differences restrict the practice of tampering by using black insulating tape or color paint for altering the forms of alphabets like from ‘P’ to ‘R’. It also restricts the changing of numbers like ‘9’ to ‘8’. Moreover, it restricts the positioning of fixing screw dots that can change the letters’ appearance on number plates.

Furthermore, the design has got a resemblance to the FE-Schrift font introduced in the year 1994 in Germany. It has been made mandatory since the year 2000. The more conventional design is of the UK’s in respect to the shape of characters.

The vehicles that have got their registration under the previous system of numbering can continue to carry the original private number plates. However, the area identifier of the previous numbering system and the new system is not the same. The vehicle owner is allowed to transfer a personalized number plate to another car. Changing number plates require a certain amount of money.

Authentic number plate dealers guide the clients regarding purchasing, changing, or transferring registration plates. One can search online for a particular combination of numbers and letters. Again, people can buy private number plates from the DVLA and number plate auctions.

What to Do in A Motorbike-Truck Accident

Who You Should Call For Emergency Fuel Delivery Services?