Private Number Plates Can be Bad for You

Do you know that private number plates can be bad for you? Yes, along with the pros, these plates carry some cons with them. This article is about the... 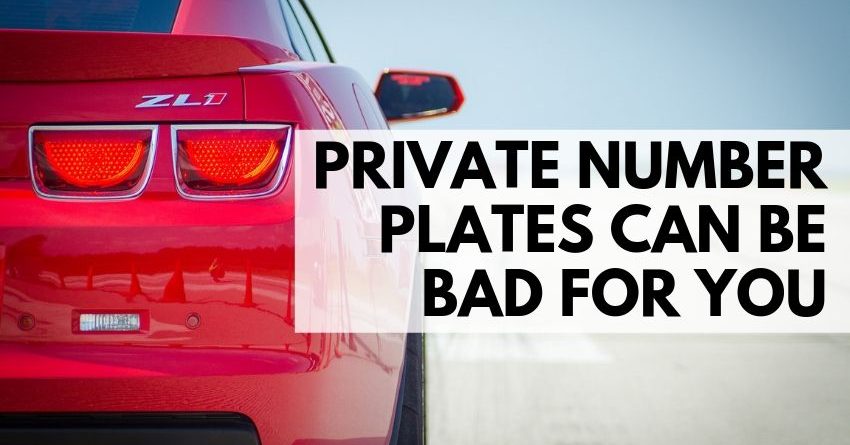 2. Many times, the vehicle for which you choose a personalized number plate may not match to each other. Then, it becomes an item of mockery for others. You need to create a balance between your car and the number plate you want to place on it.

3. Nowadays, traffic rules and regulations have become stricter. No one wants to be stopped by the police unnecessarily just for the unusual number plate attached to the car. Cars carrying regular number plates are not harassed much by the traffic police.

Afzal Kahn, a car designer has spent approximately half a million pounds for owing ‘F1’.

Research has revealed that there is a connection between owning a private number plate and having the car stolen. It is claimed that those who possess cherished number plates are 50% more likely to have their vehicles stolen than those who don’t have any personalized plate attached to their cars. The drivers are also easily targeted for the valuable and unique nature of the registration number plate. Many times, the plate’s price surpass the cost of the car.

The consumer affairs expert at ‘MoneySuperMarket, Kevin Pratt once said that as the releasing day of the new ‘68’ plate launching is approaching, more plates that are non-standard becoming available for purchasing. Many people are in light of having a personalized number plate of their own.

Few things to consider before spending on personalized number plate:

One should be sure that his/her insurer is aware of the details of the new plate. The details must be included in the policy, otherwise, the coverage can be invalidated.

The owners of the private number plate should claim the insurance in case the vehicle is stolen. The driver should inform the DVLA and the insurer that he/she wants to keep hold of the number plate. Otherwise, the car may reach the scrap yard or the number plate may be sold. The real owner may lose the right of that plate.

You may not be very lucky with personalized number plates. Your chosen plate may be in great demand and many billionaires may be willing to pay unthinkable amount just to get the exact plate you chose. Hence, you may have to remain happy with a number plate that doesn’t fit your desire. Also, if you are stubborn to get the exact plate, you may have to spend your fortune. Hence, ditch the idea of getting a customized registration plate, and go for the regular plates that also come in a good combination.

Driving on Part-Worn Tyres; Is it Safe?